The Revolution of Preamplifier

The Grandioso C1X is a flagship linestge preamplifier that incorporates numbers of new technologies that define direction of future ESOTERIC amplifiers. In odrer to realize the perfect world of the amplifiers, ESOTERIC renovates attenuator and amplifier module which are core technologies of the amplifier, bringing the ESOTERIC’s dynamic and sensitive sound at precise and accurate volume level with the newly developed attenuator. 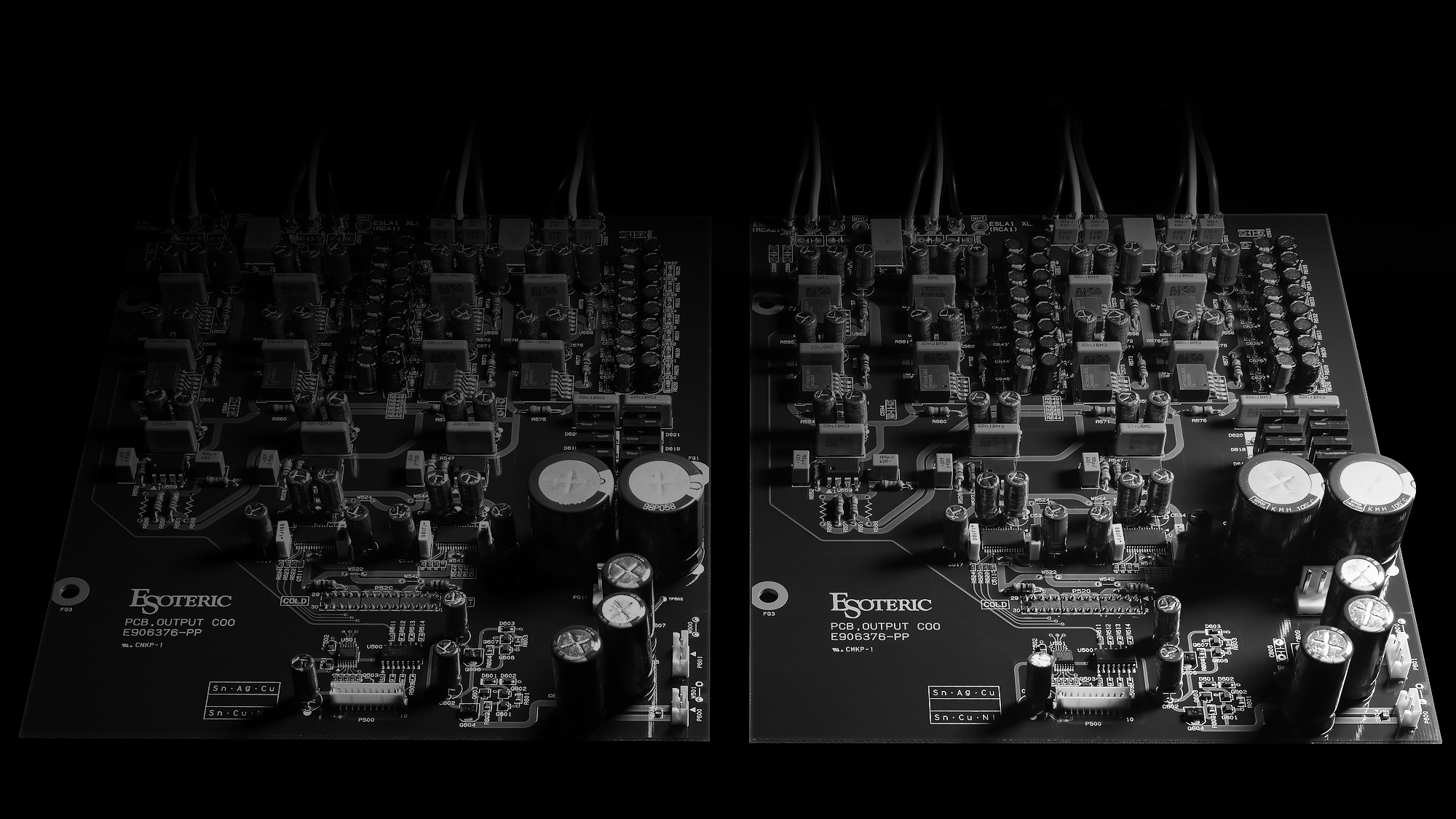 The C1 employs an EDLC* Super Capacitor array located close to the output buffer circuitry to function as an innovative, highly stable power source. Its compact physical size belies the fact that it provides the extraordinary capacity of 100,000μF (0.1F) for each channel, facilitating very high levels of instantaneous output power, which in turn provides strong and solid bass reproduction. With the integration of these two technologies, the C1 recreates a breathtaking level of audio reality by preserving the musical dynamics that would otherwise be lost if smaller current transmission levels were employed between the preamplifier and power amplifiers.
※EDLC = Electric Double-layer Capacitor

Music overflowing with life. Spacious sound that can only be achieved by a high-power amplifier.

That moment when the sound is released from the speakers and the presence of the audio system disappears from before your eyes: This is the most thrilling moment of the listening experience. The overwhelming feeling of the spaciousness of sound and sense that the sounds are being generated live are enabled by the output wattage surplus power of the amplifier. The introduction of far-superior materials, such as large bipolar transistors with instantaneous 34 ampere capacity, that first enabled us to achieve 300 watts at 8 ohms high power. For a rich feeling of life, ESOTERIC's flagship power amplifier M1 communicates the music by vibrantly setting all of the sounds free. 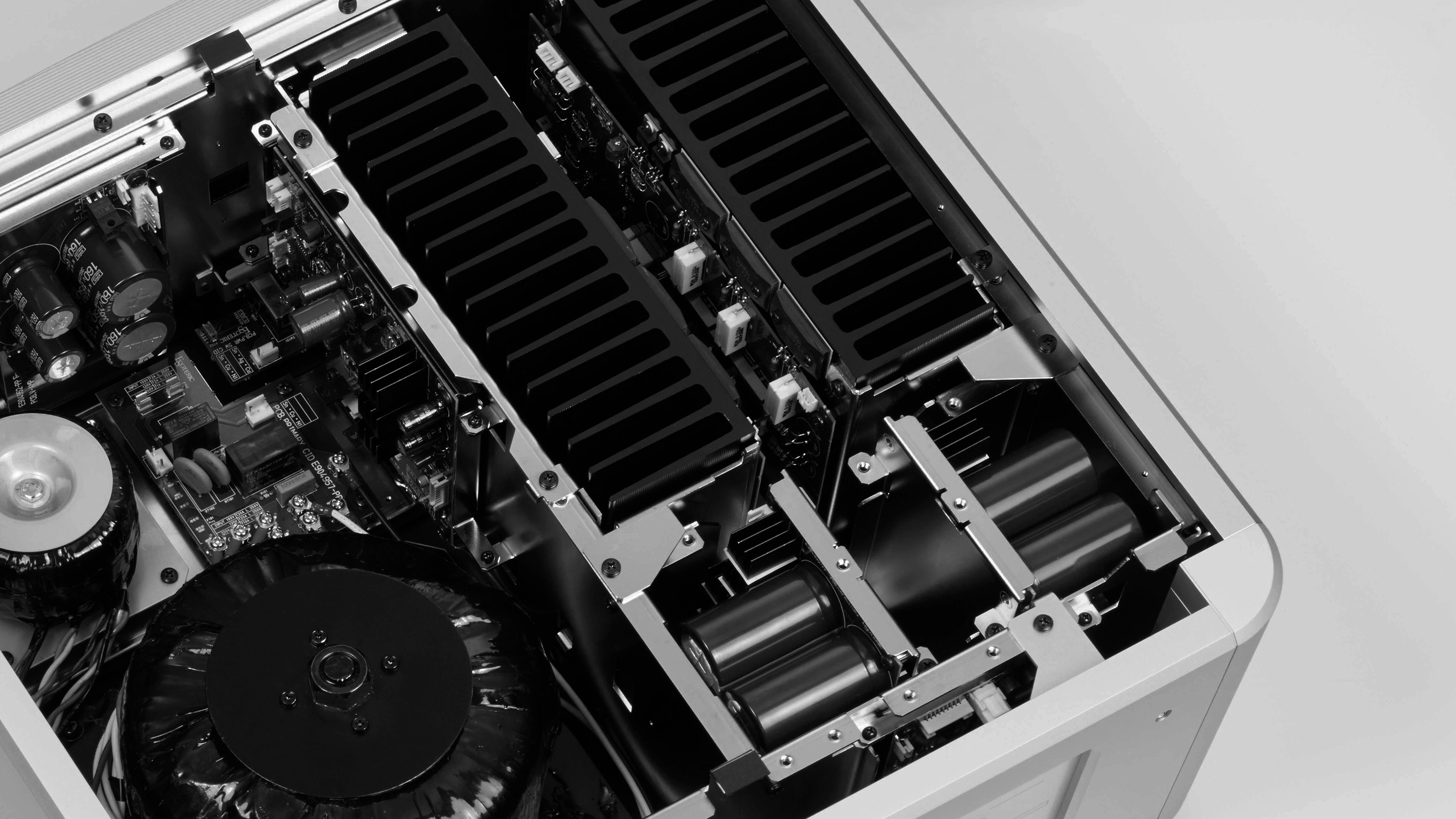 The decisive element in the M1's amazing linear high-power performance is the design of its strong power supply unit. ESOTERIC has long believed that the power transformer is the most important factor in sound design of an amplifier. The key to the overwhelming power and rich sound quality of the M1 amplifier is a custom-built ultra-large toroidal core transformer with a 3057VA core size and a mass of approximately 18 kg. Following ESOTERIC tradition, the bare (no-case) mount specs give top priority to sound quality. In order to make the fullest use of transformer performance capable of instantly supplying power from primary to secondary, the power supply unit features 16 pieces of 3,300μFF capacitors in 8-parallel configuration, with the shortened voltage charge time contributing to high-speed sound quality.

Each year it is becoming harder to obtain discrete parts with excellent audio quality. That is why Esoteric, which prides itself on in-house production, decided to collaborate with New Japan Radio Co., Ltd. to develop a proprietary MOSFET device that meets stringent sound quality and performance standards. After more than two years in development, we finally completed our first proprietary MOSFET for the Esoteric brand, called the ESOTERIC MODEL200. 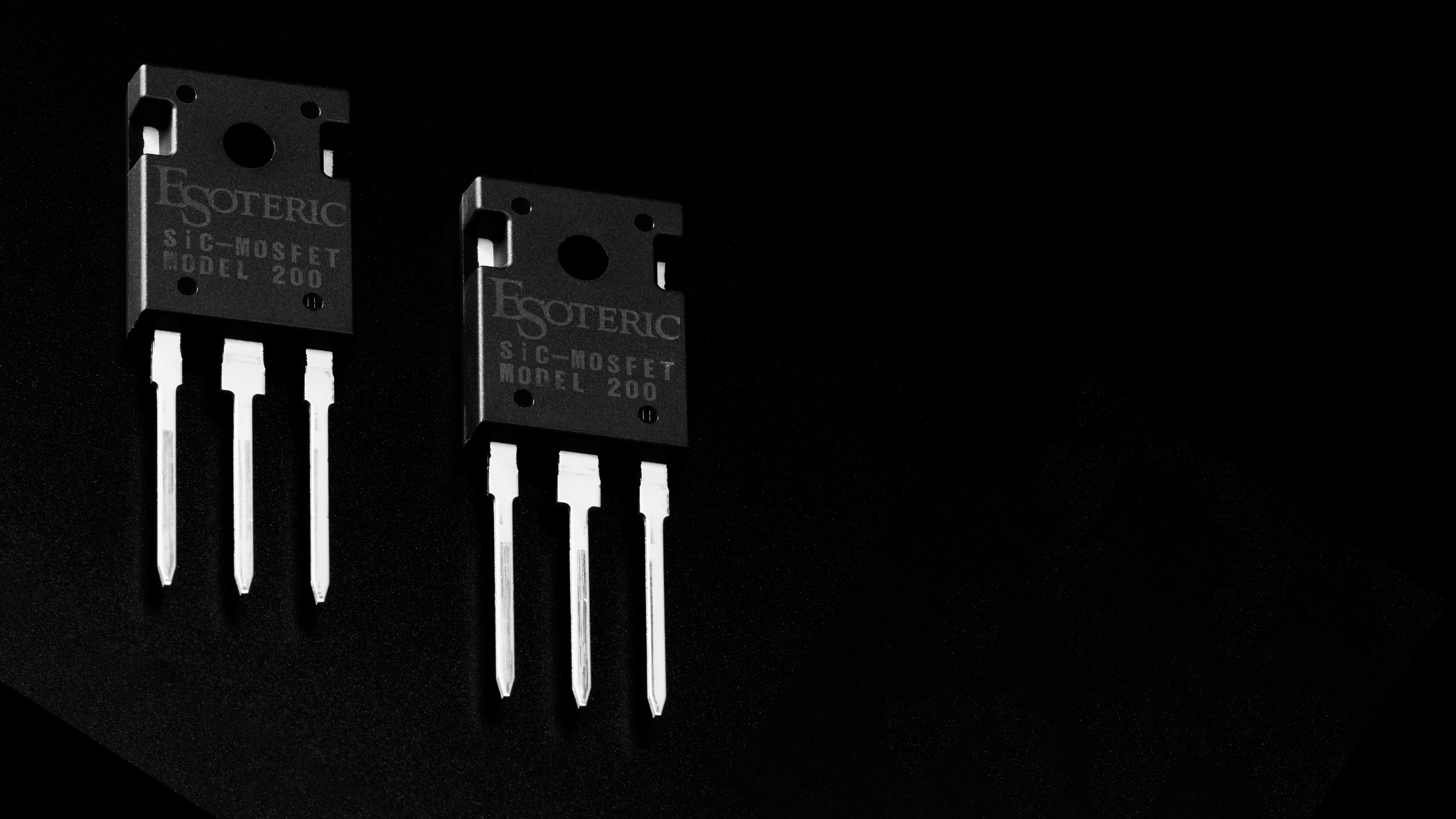 The ESOTERIC MODEL200 is a dedicated MOSFET device for the power amplifier output stage that uses a next generation power device and the widely lauded high-tech material called silicon carbide (SiC). Since it features lower capacity and lower loss than regular silicon devices, its current tolerance performs amazingly well in benchmarks, with a maximum instant current of 150 A and continuous current of 78 A. Since it can freely control a large current with quick startup, it is excellent for driving low-frequency ranges and provides powerful playback of music. Furthermore, its greatly improved transient response provides extremely low noise with high-frequency ranges for lively and vibrant sound throughout the entire audio spectrum. This is the ideal MOSFET device for a flagship model, due to its ability to powerfully, flexibly and naturally follow the dynamics of ever-changing music.