An unprecedented transport mechanism that invites you to the furthest reaches of sound.

From NEO to ATLAS

It has been 16 years since the VRDS-NEO Super Audio CD transport mechanism first debuted in 2003. Improving on the NEO transport posed a difficult challenge, as it had long been praised as offering the highest audio reproduction performance in the industry. However, the design was totally reengineered from the ground up, resulting in a completely new platform that boasts unparalleled levels of structural refinement and audio fidelity. 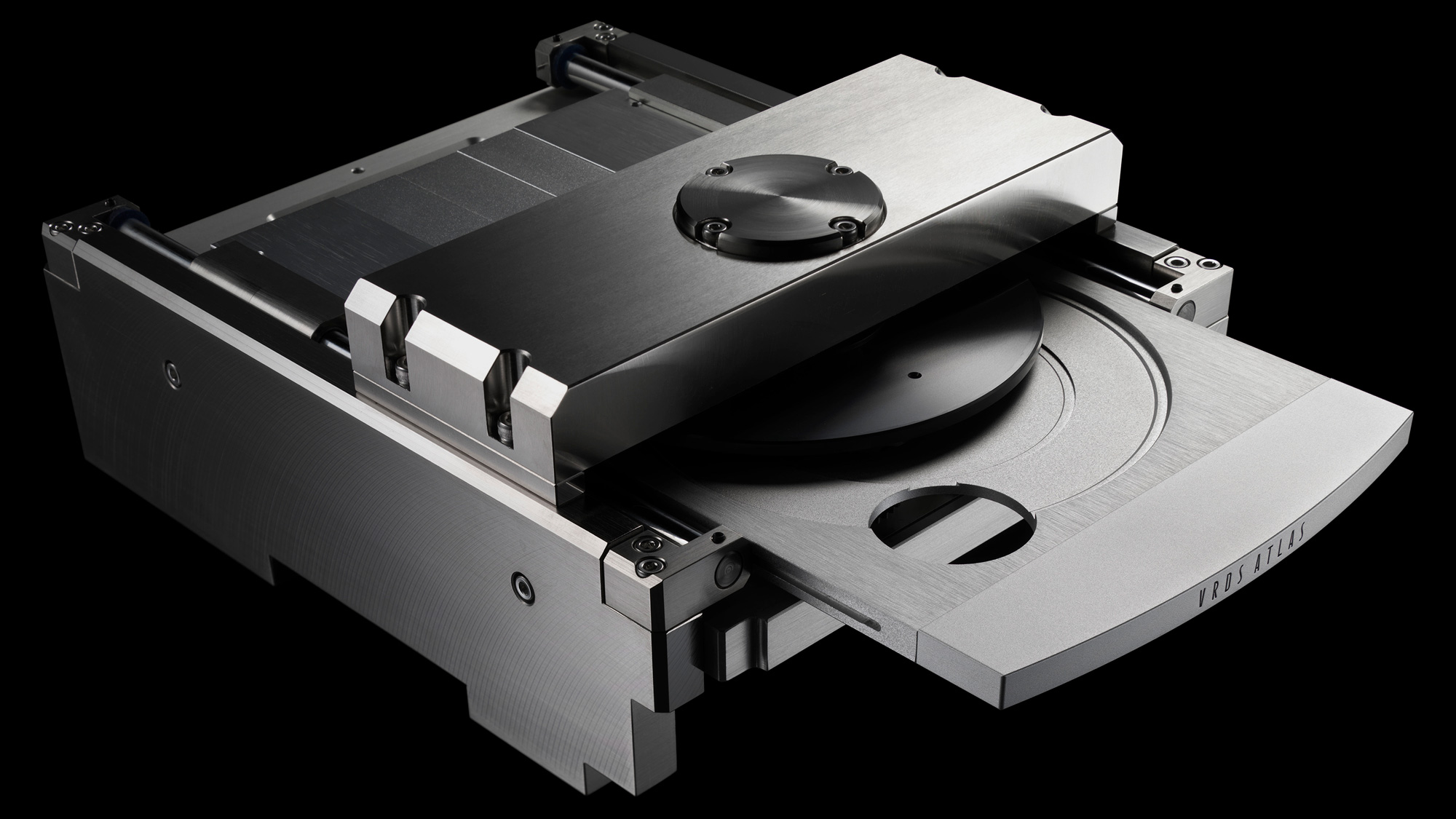 The Highest Rigidity and Heaviest Construction in the History of VRDS

ATLAS boasts the highest rigidity and weight in the history of VRDS mechanisms. With its larger new SS400 steel side panels and bridge, the ATLAS is 27% heavier (6.6kg mechanism unit, 13.5kg including base) than the NEO, achieving both exceptional rigidity and impressive tone. It also dampens any and all vibration that might adversely affect audio quality. The turntable is machined from solid duralumin for excellent audio quality, and its spindle features a newly designed thrust bearing system. This friction-free one-point spindle support system ensures smooth, noiseless turntable rotation. 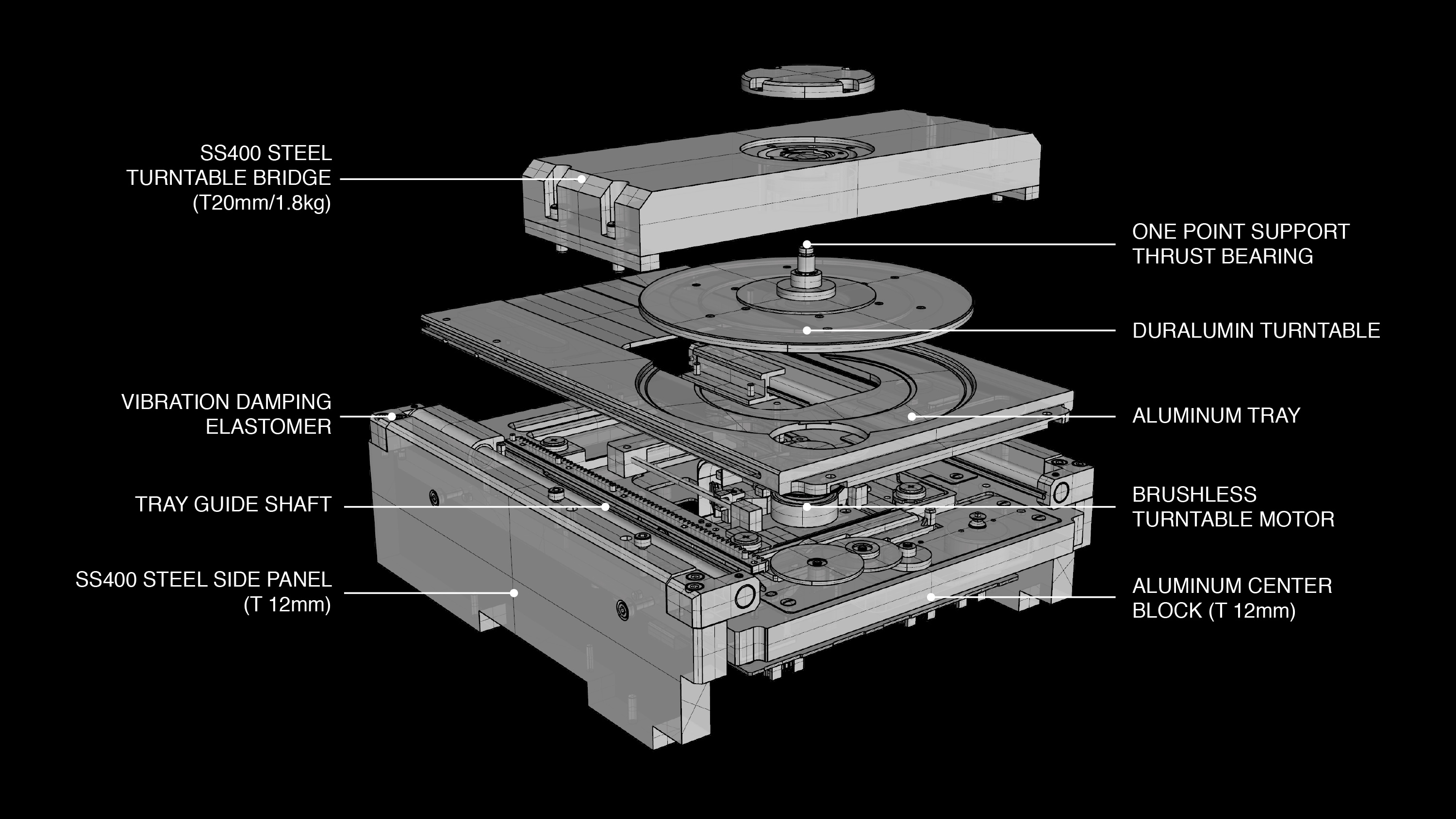 One of the keys to achieving the quietest mechanism in VRDS history is mechanical grounding technology that efficiently dampens vibration. By adopting a wide and low profile for the mechanism's design, the entire construction now features a low center of gravity. The turntable's drive system has also been refined and its motor moved to below the turntable from its previous position above the bridge, thus shortening the route for grounding vibration and greatly reducing mechanical noise. 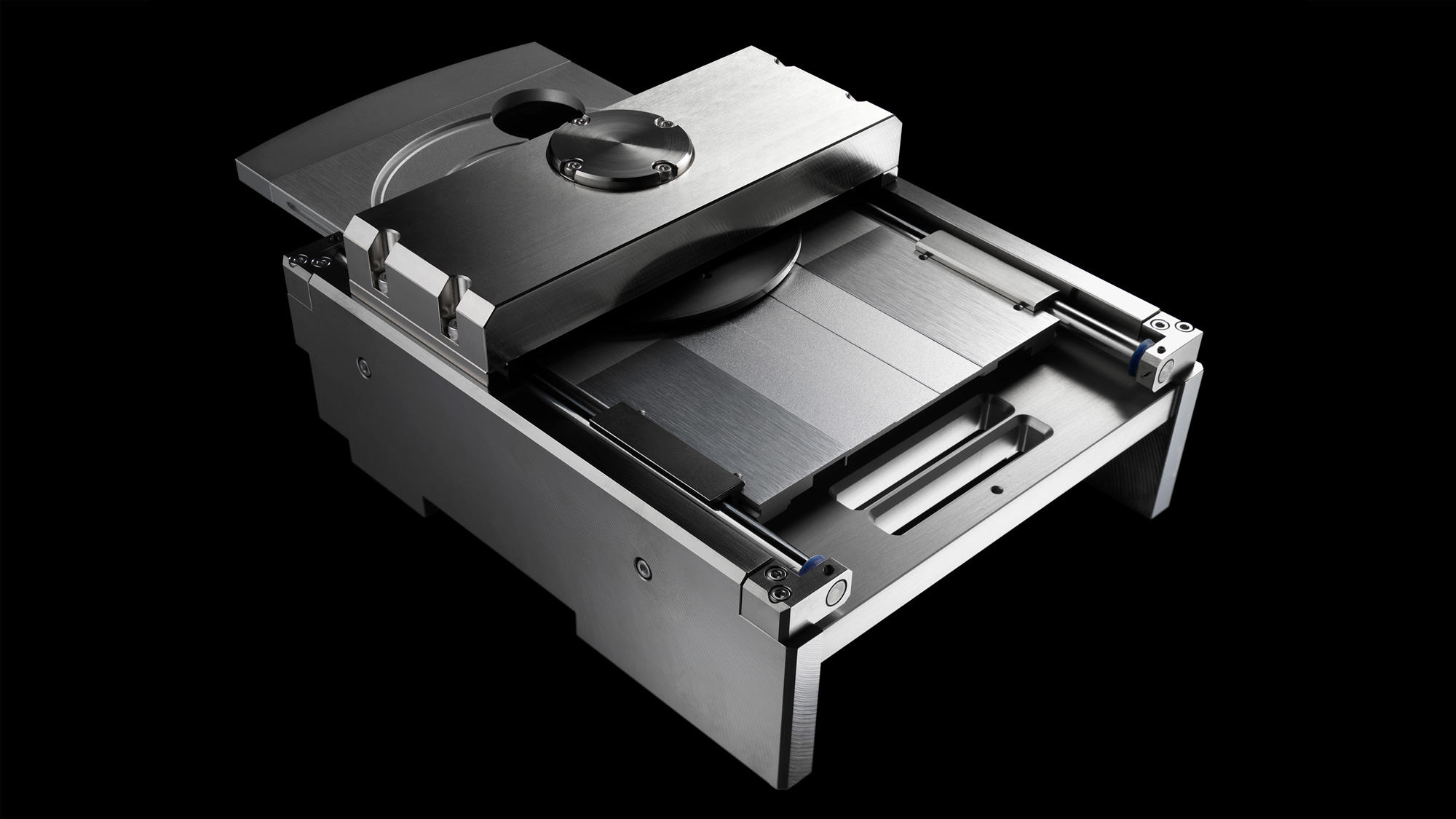 The tray's form has been designed for the least possible resonance by minimizing hollowing, and boasts exceptionally smooth opening and closing operation with very little play. The use of special vibration-damping elastomer resin also further minimizes tray resonance during music playback.